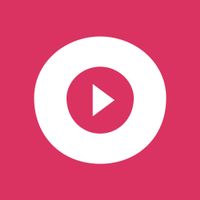 Opera Philadelphia's first-ever Digital Festival continues with The Barber of Seville. The stream will premiere on Friday, May 15 at 8:00 p.m. and will be available for viewing until Monday, June 29. Discover more about the Digital Festival.

Rossini’s rapid-fire romp kicks off with a famous overture and veers into a hilarious series of disguises, trickery and tomfoolery. Determined to win the heart of the beautiful, strong-willed Rosina (mezzo Jennifer Holloway, in her role and company debuts) with charm and wit— rather than nobility and wealth—Count Almaviva (tenor Taylor Stayton) enlists the help of the wily Figaro (baritone Jonathan Beyer) to steal her away from the lecherous Dr. Bartolo (bass Kevin Burdette). This 17th-century love story gets a rousing facelift complete with vibrant Spanish staging that evokes the comic films of Spanish director Pedro Almodóvar and a catalog of hits from the famous “Figaro! Figaro! Figaro!” of “Largo al factotum” to Rosina’s equally spectacular “Una voce poco fa.”