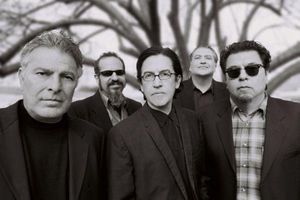 Cultural organizers from across the US have come together to organize a special two-night concert to prompt GET OUT THE VOTE activities for the upcoming election. The concert features musicians and prominent social justice and grassroots community activists from diverse regions of the US - making this an unprecedented salute to the variety of local cultures and issues at the core of our nation’s progressive principles.

This two-day cultural event on Saturday October 17 and Sunday October 18 features a range of stylistic expressions and voices nurtured on our soil – from folk songs and indigenous traditions to special creative verses inspired by the moment. From Anchorage to Arcadia and from St. Augustine to Baja, voices calling for change will sing out! The roster of talent amassed for this historic event signifies the concert as one of music history’s most memorable gatherings.

The producers have aligned with various progressive mass organizations to maximize GOTV efforts. This is a non-commercial, educational, and cultural event offered for free to get ‘all souls to the polls’!

Representatives from activist organizations will interact online during the event and via social media to propel the CALL TO ACTION, identify local campaigns, direct HOW TO VOTE, and maximize turnout.

The 50/50 CONCERT broadcasts exclusively SATURDAY OCTOBER 17 AND SUNDAY OCTOBER 18| 8pm Eastern | 7PM Central | 5pm Pacific Time via the Twitch.tv/5050gotv channel and simulcast on other online platforms. The program will be presented for free without paywalls.