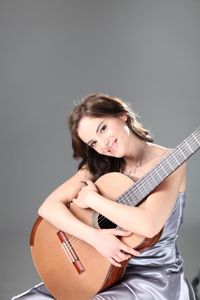 Ana Vidovic is an extraordinary talent with formidable gifts taking her place amongst the elite musicians of the world today. She is known for her beautiful tone, precise technique, well-defined phrasing and thoughtful artistry and musicianship.