Sara Serpa was a student at the New England Conservatory in Boston when she was pulled into the jazz world in a big way.

"I received a MySpace message from Greg Osby," Serpa says. "At first, I thought someone was making fun of me."

It was no joke. Osby has always been a scout for new talent in jazz, and he was looking for a singer to join his recent project, 9 Levels. He offered Serpa something that the conservatory could not: real-world experience playing original music for an audience.

"It's a big challenge for me," Serpa says. "I had to learn all his music, which is really hard. I also have to keep my ears open all the time, and be aware of what each one of us is doing."

Serpa improvises in a wordless style, and she's found a way to connect it to her own brand of jazz vocals. There are precedents to this approach in Serpa's native Portugal, notably the singer Maria Joao.

"A lot of singers do this," she says. "My goal was not to just sing hard melodies, but to improvise and create collectively with a band."

Listen to Serpa on her own "Dez Longas Dias De Chuva," and it's abundantly clear that she has always had her ear to jazz.

Singing A Fado... Sort Of

"Sem Razão" is fado, a dolorous and often fatalistic style of music.

"It's a very difficult style," Serpa says. "I didn't grow up listening to it, and it's shameful, because I'm from Lisbon, where there are a lot of fado singers."

She did, however, discover the Queen of Fado, Amalia Rodrigues, who popularized "Sem Razão." Serpa does not sing in the fado style; instead, she puts her own spin on the song here. She does stick to the story.

The last song in this WBGO session is another Serpa original, "Travelling with Kapuczinski." It refers to the Polish journalist and travel writer, Ryszard Kapuczinski.

"He's one of my favorite writers," Serpa says. "I read The Other. It's an essay where he talks about how he experienced traveling, how our attitude when we're traveling should be and how foreigners react when we meet them. Basically, we are the other. And what we give them, they give us back. I found this has a lot of parallels with music. You get what you give." 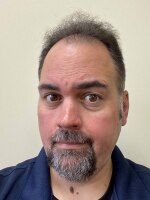