This Sunday marks the 95th anniversary of the birth of John Birks "Dizzy" Gillespie. We'll take care of some "Diz Biz" from bebop and beyond...you'll hear some of Dizzy's bands and others paying tribute to this jazz giant who passed away in 1993 at 75 years young. Sunday, October 21, 7 to 8 pm.

Below, the master showman Dizzy Gillespie performed at Lincoln Center with his celebrated Dream Band in 1982, which brought together master musicians who had played with Dizzy or been influenced by him. Driven by the stellar drums of Max Roach, the Dream Band is on fire and Dizzy is fine form. Includes amazing turns from Gerry Mulligan, Gillespie protg John Faddis, Milt Jackson, Paquito DiRiviera, Candido and more, this documentary film shares some of the backstage love and respect the players had for Diz. The concert itself is filmed beautifully with many close ups of the players and their instruments, as well as catching the love and humor of Dizzy. 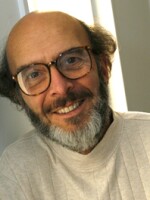