Sounding the Coltranes: Music by John and Alice, in active dialogue

John Coltrane, the indomitable saxophonist, and Alice Coltrane, the transcendental pianist and harpist, were partners by marriage and fellow seekers in sound. The depth of their communion forms the crux of Alice & John: A Coltrane Festival, at Penn Live Arts through Oct. 23. The fest — featuring performances by John and Alice's son Ravi Coltrane as well as harpist Brandee Younger and saxophonist Lakecia Benjamin, who serves as artistic advisor — notably places both Coltranes on an equal plane.

We decided to do the same here, with a small selection of pieces that speak to Alice and John Coltrane in musical or spiritual dialogue. Three of those pieces were picked by Greg Bryant, who will moderate a post-concert conservation with Benjamin on Oct. 16; three were selected by Josh Jackson, who'll do the same with Younger on Oct. 23.

“Afro Blue,” much like “My Favorite Things,” is a piece that evolved in John Coltrane’s groups, providing listeners with ample cause for reflection and study. The version from Live in Japan, recorded in July of 1966, shows a Japanese fan base to be immediate converts to Coltrane’s latest wave of sound, which hadn’t yet been documented on LP. Barely five months into her tenure as pianist, Alice Coltrane immediately distinguishes herself as a harmonic force to match the pan-rhythmic drumming of Rashied Ali, while supporting the intensity and drive of both Trane and Pharoah Sanders. Her melodic and harmonic cascades incorporate all 88 keys on the instrument, and her left-hand “bombs” serve more as punctuation than rhythmic pulse. (Greg Bryant)

I love the rubato openings to John Coltrane’s later works. A song like “Offering” sounds so nakedly romantic and full of possibility when the quartet starts that I’m always surprised three minutes later when there are intense and hypnotic waves of saxophone and drums battering my ears in an almost confrontational manner. This one lands gently in the eighth minute, but not before you get a preview of what Coltrane and drummer Rashied Ali would be playing on their duo Interstellar Space just two weeks after this session from early 1967. Relying heavily on overblowing, multiphonics and swirling piano fractals, the Coltranes were exploring a powerful, glorious and necessary sound near the end of John’s life. (Josh Jackson)

Released in 2001, The Olatunji Concert: The Last Live Recording captures John Coltrane's next-to-last performance, on April 23, 1967 — an outpouring so fiery that recording engineer Bernard Drayton's equipment was not able to contain the volume. The resulting document is so plagued with distortion that some fans have deemed it unlistenable. But if you can hear past the sonic imperfections, you can experience Alice Coltrane’s harmonies and vibrations as a vital and consistent presence. While the spirit languages of the horns and percussionists dominate the mix, her undercurrent is clearly feeding these spirits and transporting active listeners onto the stage where this magic occurred. Her brief, solo passage on "Ogunde" is a modal, spiritual masterpiece – even if it is felt more than heard. (Bryant)

Alice Coltrane was such a disciple of the blues that she was able to distill and refashion its core elements into hypnotic and healing listening experiences. “Lord Help Me to Be” is a visceral, one-chord sonic workout as congruent with the Coltranes’ sound world as it would be in a rural Wednesday-night prayer meeting. Bassist Jimmy Garrison and drummer Rashied Ali create a loose polyrhythmic waltz, while Pharoah Sanders’ exclamations on tenor saxophone summon the spirit of John, who had passed the previous year. The clear message is that Trane is not gone; he’s just in another form, speaking through the language of his most devout pupils. (Bryant)

Released after John’s death, this recording represents the transition from Alice being a band member in his group (in 1966) to being a bandleader on her own session (in 1968). Featuring bassist Jimmy Garrison and drummer Ben Riley — who would record A Monastic Trio, her debut for Impulse! Records later that year — “The Sun” arose from a studio session recorded at the Coltrane home in Dix Hills, featuring Alice’s trio and Pharoah Sanders on flute. Similar to the chanting on John Coltrane’s earlier “Om,” it begins with Coltrane and Sanders reciting a quasi-mystical incantation: “May there be peace and love and perfection throughout all creation.” At the end, we hear John quizzically asking, “Alice?” It’s an intimate and casual moment similar to when Coltrane asked for a beer opener during the Relaxin’ session with Miles Davis. John Coltrane may have been a protean musician, but he was also human. (Jackson)

When you hear Lord of Lords, Alice Coltrane’s final album for Impulse!, you should know that John had been dead for five years. This is her music — forged by her own steely devotion, despite years of unfair criticism that her artistic vision had been too closely connected to her husband’s. Her maximalist sonic tendencies are identifiable from the opening rumble of piano, soon augmented by a large string group layered to create a wall of sound, pushing outward from the density of piano beneath it all. “Sri Rama Ohnedaruth” is what you might imagine if you could hear a galaxy of music rotating in an ever-expanding universe. “Ohnedaruth” means compassion, but it is also a Sanskrit spiritual name adopted by John before his death. Soon after Lord of Lords, Alice left secular life to devote herself and her music to spiritual fulfillment. (Jackson)

Josh Jackson
Josh Jackson is the associate general manager for programming and content at WRTI.
See stories by Josh Jackson 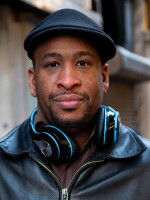