Album of the Week: 'Tár (Music from and Inspired by the Motion Picture)'

“If it’s a good movie,” quipped Alfred Hitchcock, “the sound could go off and the audience would still have a perfectly clear idea of what was going on.” While it’s nearly impossible to imagine Psycho without Bernard Herrmann’s bone-chilling violin screeches or The Birds without its terrifying chorus of wing flaps and squawks, Todd Field, the writer and director of Tár, seems to have taken Master of Suspense’s wisdom to heart. Field’s film derives tremendous cinematic power from a fundamental, Hitchcockian contradiction: it is a music movie that contains shockingly little music.

Aside from a few key rehearsal and performance sequences, Tár — which stars Cate Blanchett as Lydia Tár, a renowned composer and conductor whose personal life and professional endeavors unravel in a vortex of malevolence, hubris and lust — is largely scored by the mundane, non-musical sounds experienced by the characters onscreen. Footfalls, rattling pill bottles, tea spoons clinking on chic café saucers, thrumming luxury car engines, and the honks and sirens of New York and Berlin (where Tár’s events unfold) mesh with Field’s incisive, percussive dialogue to give the film a raw, Foley-effect-driven musicality.

But the conceit of a music movie that contains little music of its own offers unique complications for those looking to cobble together an official soundtrack. A conventional approach, in which the musical cues that appear in a film are presented with little embellishment or alteration, would be a nonstarter here. The brain trust behind Tár was instead challenged to innovate something far more experimental: the Deutsche Grammophon album TÁR (Music From and Inspired By the Motion Picture).

Field, who wrote the liner notes, directed the cover photography, and is credited as executive producer, describes this as a “concept album” that pulls from a range of sources to reflect “the messiness of the work involved in preparing to record classical music.”

As its title indicates, the album divides into two sections: music “From” the film, mainly delivered as snippets of scenes and performances heard in the movie; and music “Inspired By” it, original compositions that do not appear in the film, but meditate on its events and mood by the Icelandic composer Hildur Guðnadóttir.

Bad news first. The album’s “From” section is, as Field forewarned, a bit of a mess. In the film, his calculated sonic restraint brings immediacy and punch to Mahler’s Fifth Symphony and Elgar’s Cello Concerto. On the album, the same material feels oddly insufficient and flat, drained of its impact through a series of erratic, abrupt cuts. For instance: Mahler’s Fifth, which looms large in Tár, has only seven halting minutes on the album, cribbed directly from the film’s rehearsal scenes.

Those scenes rank among the movie’s most riveting: Blanchett adeptly leverages them to impose an imperious podium presence, shaping her orchestra’s sound with dynamic gestures, potent glances and consummate confidence. Absent the visual, Blanchett’s icy aplomb melts into a convoluted, contextless puddle. The film’s emphasis on the Symphony’s inner workings enhances Mahler’s sublime. On the album, it’s peppered with disembodied scraps of dialogue and stage noise with little to show for it.

Elgar’s Cello Concerto, the film’s other marquee piece, is treated with slightly more integrity. This, in large part, comes from a shift in setting: rather than delve deeper into the film’s rehearsal scenes, the album’s producers have allowed the tape to roll in the session that produced the Elgar recording used in the film itself. Compared with the stultified Mahler, the vérité performance of the London Symphony Orchestra and conductor Natalie Murray Beale is refreshingly organic, briskly paced and replete with outtakes, studio banter and even an ill-timed hiccup.

Sophie Kauer, the cello soloist, is rara avis, a dual-threat talent as a professional classical musician and actress. The 21-year old was trained at London’s Royal Academy of Music and in the film plays the role of Olga, the prodigious young cellist Tár attempts to seduce. In the Elgar’s finale — the only movement presented in its entirety on the album — Kauer’s tone is probing and poignant, if occasionally oversauced. The applause she receives from her fellow musicians is more than warranted. But an essential element is still missing. The august sense of melancholy that makes the Elgar Concerto so special is diluted, if not downright extinguished, by this distant, meta, too-clever-by-half presentation. Again, style lamentably prevails over substance.

The album’s “From” section concludes with a disjointed group of Easter eggs whose logic will only be identifiable to those who have made close study of Tár. The most compelling is a true curiosity: Elisa Vargas Fernández, a shaman of Peru’s indigenous Shipibo-Konibo people (with whom Tár lived and studied) singing “Cura Mente,” a song used to accompany ayahuasca ceremonies. As if to emphasize the difference between the two media, the album ends exactly where the film begins: “Cura Mente'' plays under the movie’s agonizingly slow opening credits, but registers as rushed and decidedly out-of-place as its final palette cleanser.

The disappointment of the album’s haphazard “From” chapter is put in relief and compounded by the promise of its “Inspired By” section, a suite of three intense, immersive, illuminating compositions written for the album by Hildur Guðnadóttir.

The Icelandic composer, who in 2019 became the first woman to win the Oscar for Best Original Score for her contributions to The Joker, was the second person Field recruited for Tár, after Blanchett. Many viewers may be surprised to learn that she contributed more than 40 minutes of original sound design to the film, most of it so ambient and embedded so deeply in the mix that it is virtually imperceptible.

But there is nothing subtle about Mortar, the album’s opening track. It is a bleakly splendid appetizer — a lugubriously unfurling crescendo of cello and bass drone laced with guttural grimaces of violin and viola portamento — that immediately foregrounds an atmosphere of menace. One almost wishes Field had found a way to incorporate it into the movie after watching the bewitchingly trippy music video he directed for it.

Guðnadóttir’s longest contribution to the album is a three-movement suite, also titled Tár. Like the other pieces in the “Inspired By” section, it is performed with acerbic bite by the London Contemporary Orchestra, albeit with a more constrained instrumental palette. This is chamber music for a small (irritatingly unspecified) group of string players, more transparent in texture, but no less effective at capturing the film’s black humor, riven with tense, taut motifs and forebodingly martial rhythms.

For Petra is the only Guðnadóttir composition on the album that speaks directly to the events of the film and is by far its most intriguing moment. Throughout the movie, Tár tinkers with a composition of the same name, dedicated to her young daughter. The simplicity of its melody suggests both the purity of her love for Petra and, in its fragile, climbing contour, her mounting psychological instability.

Guðnadóttir fleshes out the composition and inhabits the mind of its fictional creator with impeccable sensitivity. She again builds the work on a foundation of flickering string glissandi, which ebb and flow with the tune’s tidal pull, dolefully intoned by a pair of flutes. This is headphone music par excellence – cosmic, yet intimate, redolent of Arvo Pärt, Hildegard von Bingen, and whale song.

Considered in the context of the film, the piece also offers vital insight into Lydia Tár’s artistic persona. Blanchett and Field lean into the character’s most wrathful, domineering qualities. Guðnadóttir exposes a more humane vein — protean, prismatic, patient and tender. TÁR (Music From and Inspired By the Motion Picture) is, on whole, a heavy-handed, haphazard attempt to definitively punctuate the film and its antihero. For Petra is a vital, sensuous and deeply pleasurable ellipsis. With Lydia Tár, Guðnadóttir suggests, there will always be more to uncover. 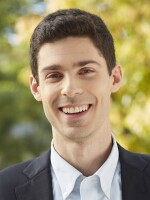