WRTI Your Classical and Jazz Source | By Bliss Michelson

January 18, 2021. As the newly appointed principal guest conductor of The Philadelphia Orchestra, Nathalie Stutzmann can now add an additional honor to her resumé—her newest album, Contralto, with her Baroque ensemble Orfeo 55.

The album is a tribute to Baroque-era contralto singers, such as Vittoria Tesi and Anna Marchesini, who were often eclipsed by the popular castrato singers of the day, including Farinelli and Caffarelli.

Nathalie Stutzmann’s presence in Philadelphia has been growing steadily over the last several years. And even with the complications of COVID-19, the French-born contralto and conductor has had plenty of professional challenges to keep her busy, including her duties as chief conductor of the Kristiansand Symphony in Norway and a recently completed artistic associateship with the Sao Paulo Symphony in Brazil.

To the delight of Philadelphia music lovers, Maestra Stutzmann will assume the duties of principal guest conductor of the Philadelphia Orchestra beginning with the 2021/22 concert season.

Born in 1965, Nathalie Stutzmann’s early studies in Paris and Nancy focused on cello, bassoon, and piano. By age 18, she was studying voice with character tenor Michel Senechal and eventually, lieder with the renowned Hans Hotter. She enjoyed immense success on the stage and in recital, but conducting was never far from her mind. Stutzmann initially studied with Finnish conductor and teacher Jorma Panula and has been mentored by Seiji Ozawa and Sir Simon Rattle.

Tags
Arts Desk ConductorBaroque MusicClassical Album of the WeekNathalie StutzmannContraltoOrfeo 55You can buy this CD on Amazon and support WRTI here. 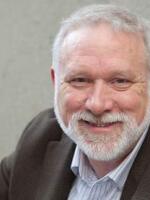