Join us for a special performance by Aaron Novik's No Signal Quartet.  They visit with J. Michael Harrison on Thursday, December 12th at 4 pm in the WRTI Performance Studio ahead of their session at The Art Depot.

Aaron has released an impressive flurry of music via five EPs during the course of 2019, which coincided with a weeklong residency at The Stone in Manhattan. He has performed with the bass clarinet quartet Edmund Welles, the Nathan Clevenger Group, Telepathy, Colin Stetson's Transmission, Graham Connah and, most notably, in Fred Frith's Gravity band, which has played festivals around the world recreating Frith's 1980 celebrated album, Gravity.

This performance celebrates the release of No Signal, a work inspired by the 80's downtown noise rock and experimental jazz scenes.  The instrumentation is two clarinets a half step apart (B flat and A clarinet) and two guitars tuned a half step apart. 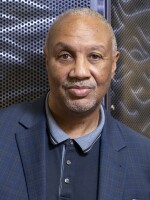