Joy to the World: breakout jazz vocal star Samara Joy brings it home for the holidays

Heading into this holiday season, there doesn’t seem to be much more that Samara Joy could ask for. The 23-year-old singer has been nominated for two Grammy Awards, in the categories of Best New Artist and Best Jazz Vocal Album.

Those nominations add to the well-deserved acclaim that greeted Linger Awhile, Joy’s major-label debut on Verve Records, which has also landed on “best of the year” lists at the New York Times and Slate (so far). This summer she won accolades for her first appearance at the Newport Jazz Festival, in the midst of an exhausting tour schedule that took her across Europe and the U.S.

Linger Awhile is the album that cements Joy’s place as a new generation’s torchbearer for the jazz vocal tradition, a banner pinned on her as soon as she won the Sarah Vaughan International Jazz Vocal Competition in 2019. It’s a standards date that showcases the young vocalist’s take on familiar material, and while her influences are readily evident –Vaughan chief among them, with Carmen McRae not far behind – she’s not beholden to them. Joy’s voice is rich and molasses-smooth, her phrasing intriguing enough to discover fresh ideas in well-worn material and reveal glimpses of her obvious virtuosity without ever falling into empty pyrotechnics.

“It’s pretty surreal,” Joy says, speaking of her stellar year. “When you’re so passionate about something like singing, you want people to love it but you’re unsure. Putting it out there was a risk, and I’m grateful that it paid off. It encourages me to do more.”

Speaking recently by phone from North Carolina, where she was about to join the Jazz at Lincoln Center Orchestra Holiday Tour alongside Dianne Reeves, Joy said she looked forward to spending some time with her family for the holidays. In her case, that doesn’t mean a respite from performing just yet: as the youngest member of the musical McLendon family, she’ll share the stage with several relatives for “A Joyful Holiday!” tour, which brings her to the Ardmore Music Hall on Dec. 21.

The show will be something of a homecoming for the McLendons. While Joy grew up in the Bronx, N.Y., her grandparents, Elder Goldwire and Ruth McLendon, raised their family in Philadelphia. They led the gospel ensemble The Savettes, while Joy’s father, Antonio McLendon, was a producer for artists including Gladys Knight and Donna Summer, and toured with gospel singer Andraé Crouch.

Joy’s father and grandfather, along with uncle Laurone McLendon and cousins Tiera Lovell Rowe and Alana Alexander all came together to record “O Holy Night” as a single, released earlier this month. It arrived on the heels of Joy’s previous holiday single, a version of “Warm in December” as inviting as a crackling fire.

The Ardmore Music Hall show will feature Joy with her father and cousins, and a special appearance by her 92 year-old grandfather, who still resides in West Philly. They’ll be backed by a fine band including pianist Shedrick Mitchell, bassist Eric Wheeler and drummer Charles Haynes. Here is a lightly edited version of our Q&A.

Congratulations on your Grammy nominations.

I couldn't believe it. I’m still trying to wrap my head around what that means.

Are you looking forward to these holiday performances?

I’m very excited about this holiday show because it will be the first time that I’m actually touring and performing with my family. They’ve all performed together before, putting on shows in church and things like that, but I never got the chance to do it because I was so young. I’m going to do a couple of jazz standards, but I wanted the program to be focused around what the holidays are all about, which is family – gathering together and celebrating.
What part does music play for you during the holiday season?

Music for me, especially during the holidays, is a unifying thing. In my house, it’s really important that we get together. No matter how busy we are, we make sure that we have some face time and we understand that the holidays, as we get older, are not about presents. It’s nice to let people know that you’re thinking of them with physical gifts, but as I’ve grown up and become an adult, that feeling of love and gathering together hasn’t changed. I just spent Thanksgiving with some of my family in Delaware, and it’s inevitable that after the food and after we all get used to seeing each other again after the pandemic, we get together and sing. Everyone’s creative, and musical gifts are what connect us. There are so many singers and musicians in my family, so no matter how long we’re apart, whenever we get together and sing, we feel that connection to that roots of my grandfather, Elder Goldwire McLendon. It connects us to what he started and passed down throughout our family tree. That’s what the music of the holidays means to me.

You’ve been touring pretty relentlessly over the past year. Is it especially meaningful for you to be reuniting with your family given how much time you’ve spent away from home?

Yes, it’s definitely necessary. Being on the road has been fun, and it’s been a learning experience, but it has taken time away from me being home. So this is the perfect time for me to recharge my battery with my family.

Your family has deep ties to the Philadelphia area.

Most definitely. My grandfather grew up in Florida, but he moved to Philadelphia and started his family. All my uncles and aunts sang in church there. They had their choir in Philadelphia for years, the Savettes Choral Ensemble. He still lives there in West Philly now and will be at the Philly show. He’s 92 now, but he’s going to join us for a song.

There are so many Christmas songs to choose from. How did you go about choosing the repertoire for these holiday shows?

For me it was fun. Most of the arrangements that you’re going to hear are my dad’s. Christmas songs, even if they haven’t necessarily had a long life, there are inevitably a lot of recordings attached to them. So it’s been fun for me, listening to all of these different versions and interpretations of classic chestnut holiday tunes. The challenge for me in creating the program alongside my dad was that there are so many options for what we could do. We looked for what would best fit as far as songs and arrangements to really showcase our family sound.

Was there anything in particular you were looking for that would fit with the family atmosphere?

My grandfather is a gospel singer, and we definitely have deep Christian roots. I knew as I was choosing the jazz songs for the program that we would end up doing something about love and something about it being a winter wonderland, those classic themes. But it was important for me to have gospel be a major part of the show. I wanted to make sure we included things like “Hark the Herald Angels Sing” and “O Holy Night,” which we recorded and was just released. My grandfather loves “Angels We Have Heard on High.” So I was leaning towards those holiday songs.

Did you discover any particular favorites during the process?

I found a Clark Sisters album of Christmas songs that they arranged and sang, one from back in the day and one more recently with their family as well, and I really gravitated towards their arrangement of “Silent Night.” It’s very simple, it’s not anything too complicated, but the way that they sing it reminded me of my own family. So I wanted to give it a try and add it to our repertoire.

You’ve been focused on interpreting jazz standards in the past few years. Did it feel natural to reconnect with your gospel roots?

Gospel is a little more familiar, but spending the last four or five years singing jazz I found a bit more of a home in it as well. So if anything maybe I’m trying to refamiliarize myself with a lot of these gospel greats and that style of it. But of course it doesn't take too long. 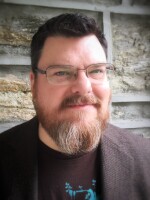